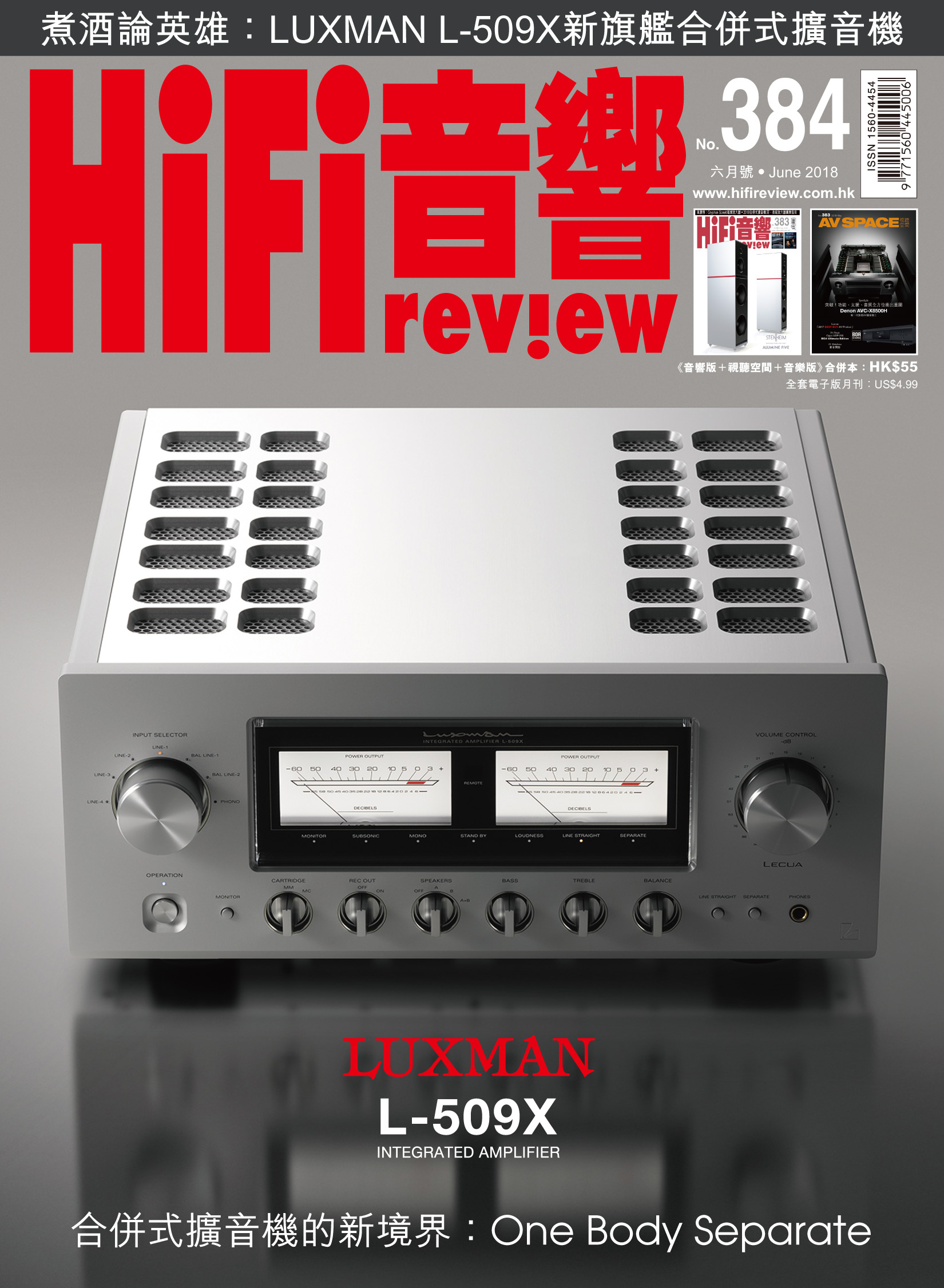 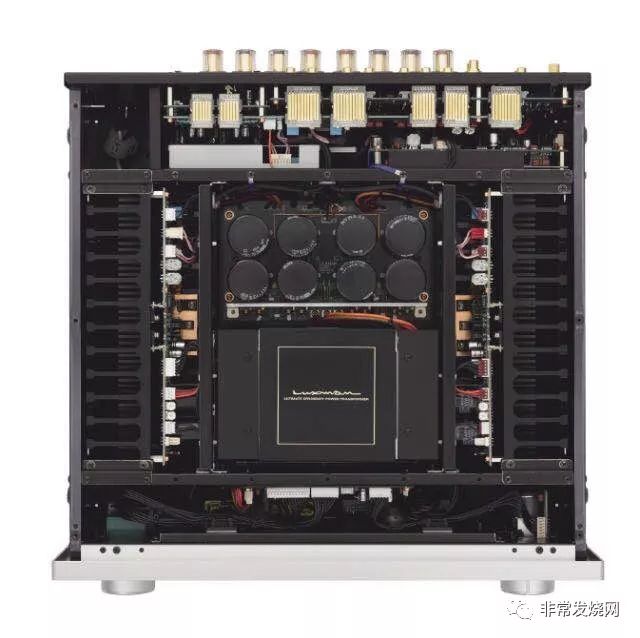 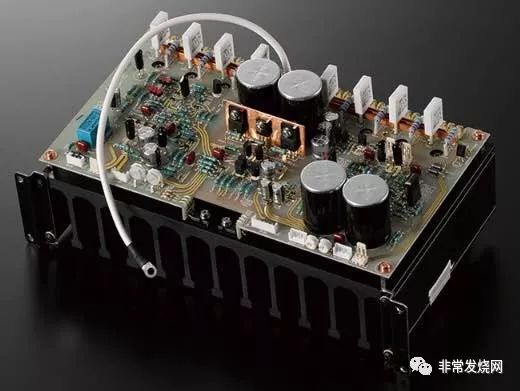 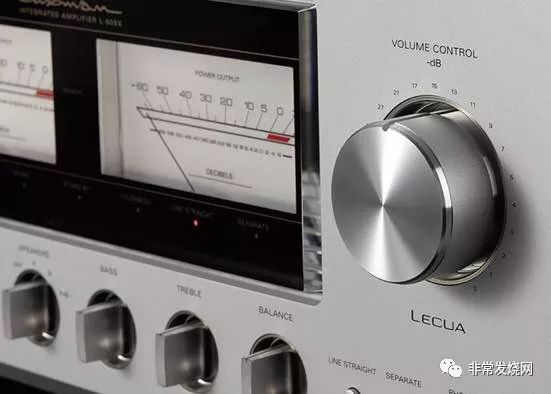 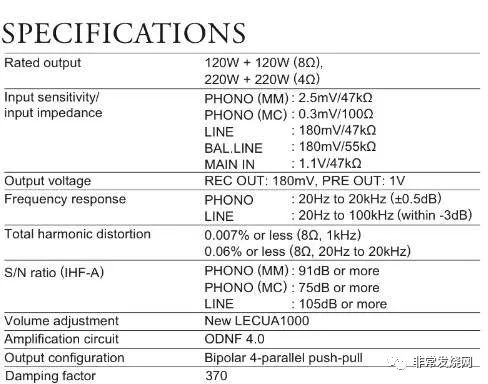 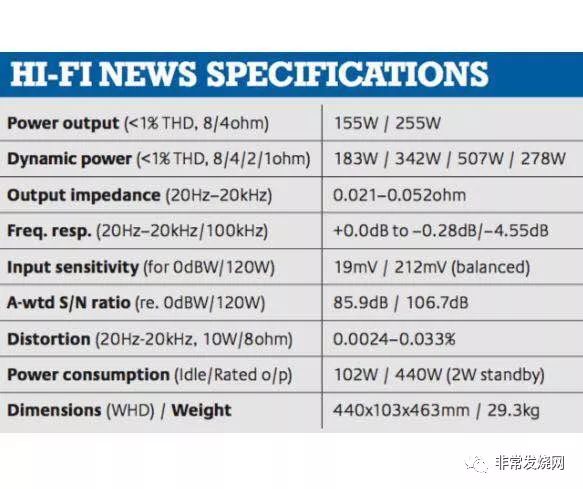 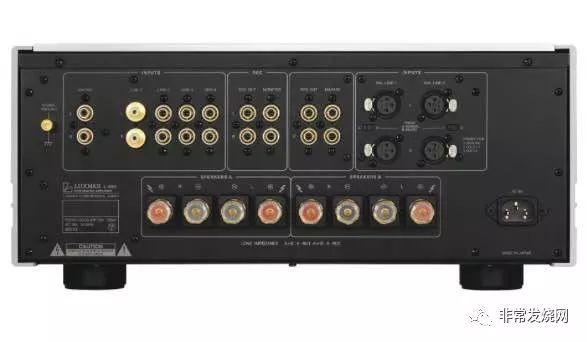 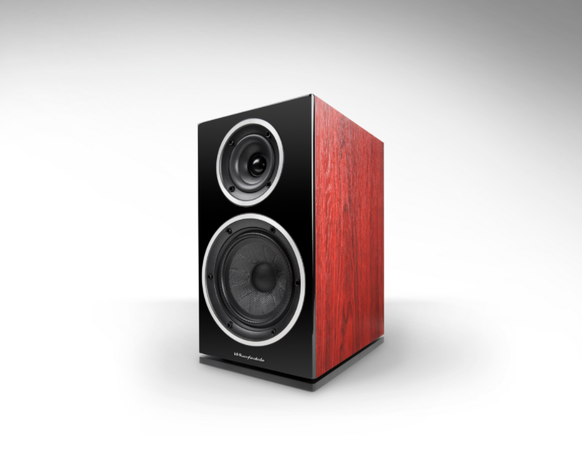 This is the world I grew up in: iPods, ear buds, tinny laptop speakers. Most people my age don’t think twice about their equipment, so long as it makes sound. Your average iTunes aficionado isn’t going to shell out big sums of cash on stereo equipment, especially when everything seems to have speakers built in these days. Why bother?

But there is good sound at approachable prices, fantastic sound really, the sort of sound that people obsess about. It’s not a mystical thing; it’s a visceral one; and younger people are finally starting to figure it out. Vinyl’s comeback is proof of that. The iPod generation is ready for quality; it’s just a matter of figuring out how to get it. And for me, it always starts with speakers.

There’s nothing better than opening something new, which is probably why people watch videos of strangers unboxing hardware on YouTube. The Wharfedale Diamond 225s sat wrapped in plastic covers sandwiched between tight foam inserts at the top and bottom, keeping them secure in transit. When I finally got them up and out, I stared at the gorgeous rosewood-veneer boxes, with their black-lacquer MDF baffles and the small Wharfedale logo just beneath the woofer. I leaned back in my desk chair and thought: “Wow, those are pretty.” They’re clean, unpretentious, and clearly put together very, very well.

OK, the speaker grilles were a little weird. They’re two round foam pieces with little plastic rods that snap in over the tweeter and the woofer, leaving the rest of the baffle exposed, as opposed to something that covers the whole front. It’s not my favorite aesthetic choice, though it’s not necessarily a bad one, either. Just a matter of taste, I guess. At least they’re easy to remove, so I popped them off and forgot about them.

The 225s are fairly compact, though deep and solid. Sound is always the most important aspect of any audio component, but you still have to live with these things, and it’s easier to live with beautiful stuff. Fortunately, they’re exactly what they need to be: simple and attractive. Clearly the people at Wharfedale know what they’re doing, which makes sense, considering how long they’ve been around. Wharfedale is a relatively large British outfit founded back in the 1930s, and they’ve been a big name in British hi-fi ever since. The Diamond series debuted in 1981, and Wharfedale has been slowly improving the Diamond designs and sound without inflating cost, and that’s exactly what I’m looking for.

The 225s list at $450, which is a price an actual human with a real job could potentially afford. If you’re like me, and you’re sick of “affordable” equipment pushing easily into the $1000 range, this review is for you. Fact is, the majority of people can’t shell out the cash for the absurdly hyper-expensive audio equipment that clogs up most blogs. If we want to get the next generation to fall in love with great sound, I think it’s about time to accept that there’s some seriously good, affordable stuff worth writing about.

So with all that in mind, I put the 225s on top of my cheap stands, hooked them up to my (also British) Cambridge Audio CXA80 integrated, and turned it all on. Truth is, my listening space isn’t ideal. It’s small, oddly shaped with a sloping roof, and my speaker placement is limited. They have to be up close to a wall, though fortunately for me, these Wharfedales were designed with that in mind. The slot-loaded bass port fires downwards, instead of back, minimizing room interaction. So don’t worry about sticking them on either side of an entertainment system in the living room, for example, or squeezing them into a small office. Like I said, we have to live with these things, and space is sometimes at a premium.

Diving into the sound, I wasn’t sure what to expect. Bookshelf speakers typically aren’t known for deep, earth-shaking bass, and the 225s are no different in that regard. They aren’t going to rattle anyone’s bones and dig deep into that 40Hz bass region, which is fine—that’s what a sub’s for. Still, when I started with “Sparkle,” the first track on Tatsuro Yamashita’s City Pop masterpiece, For You, I got such a satisfyingly deep drop that I didn’t find myself missing the lowest of the low registers. Frankly, I didn’t find myself missing much of anything at all, especially when that clean, twanging guitar played its insanely catchy riff. The opening of “Sparkle” features a heavy, show-stopping reveal, and the 225s were more than up to the task of reproducing that big moment. I was surprised by how much weight I was getting from these things, more than enough for my small listening space. I can’t say how well they’d do in a much larger room, although I suspect they’d be up to the task.

The other good thing about “Sparkle” is the way Yamashita’s voice is recorded. There’s tons of reverb and space, his notes just drifting off into the background, and the 225s highlighted that nicely. For such small speakers, these things could create an impressive soundstage. Not the greatest, most spectacular presentation, but plenty to keep me engaged. Sound hung, drifting, projected nicely in both directions. At some points at higher volume, I noticed a bit of gristle in the upper registers, and sometimes the lower end felt a bit soft. I have to admit though, I was having fun just running through my favorite sides, one after the other, looking for any sonic detail that might be worth delving into. That’s the best sign that a piece of equipment is working. These little boxes just seemed to get me.

But I had to push the 225s, give them something challenging. That’s the whole point of a review, after all, to see how these things really perform. I turned to one of the strangest and most complicated albums of the year, King Krule’s The Ooz. This double-LP is as idiosyncratic as it is fascinating. On the most basic, surface level, it’s an experimental trip-hop masterpiece, but I think it’s so much more than that. It’s a sonically difficult album, with deep, rolling bass lines, up-tempo shifting beats, and Krule’s own morphing, grinding voice switching registers at will. The 225s did not disappoint me. They had a solid grip on the bass, keeping up with the hairpin-turn bumps and rumbles. The horns blaring in the background of “Dum Surfer” were rendered butter-smooth, along with that catchy guitar floating over the tight snares. I was drawn to the way the 225s made The Ooz somehow more accessible. It’s such an intricately layered album, and little details such as Krule’s English slang could easily be missed if anything muddy got in the way. I could feel the details of his voice despite the heavy synths and shimmering guitar effects. The 225s did a great job of creating a solid soundstage with minutely differentiated pieces. These songs felt so simple at first listen, but it took a piece of equipment like the 225s to do this level of complexity justice.

Finally, I wanted to hear how the Diamond 225s would deal with rich, complex upper-range vocals. These speakers could handle bass and midrange, but I was curious as to how they’d do when it came to subtlety. For that, I turned to Moses Sumney’s odd, pared-down, R&B-influenced album, Romanticism. Sumney’s music focuses so much on his intense, wonderful, lilting falsetto, which nicely showcased the 225’s ability to highlight delicate high-end and midrange detail as he moved through registers. I had a feeling the 225s would be plenty engaging with a softer sound, and I wasn’t disappointed. The bass guitar on “Man on the Moon (reprise)” barely kept pace while Sumney’s vocals played above it, yet through the 225s the layers of Sumney’s voice came through clean, uncolored, and almost liquid. I didn’t really understand this album on first listen, but as I went through it again and again on the 225s, I came to really love its low-key cleanliness. In the end, I think that’s the real strength of the 225s. They weren’t throwing the deepest bass or resolving the upper registers absolutely perfectly, but they had weight right where I needed it, along with the detail and the clarity necessary to resolve complex tracks into enjoyable musicality.

These speakers remind me that the “entry-level” isn’t a bad place to be. Inexpensive components are getting better and better as high-end design trickles down into supposedly budget hardware. The Diamond 225s take everything good about high-end audio, the power of beautifully reproduced music, and they make it accessible to a wider audience. I believe the 225s would satisfy just about anybody looking for fantastic-sounding speakers designed by a respected manufacturer at a reasonable price. They’re not perfect, but man, they’re still more than good. I highly recommend them. 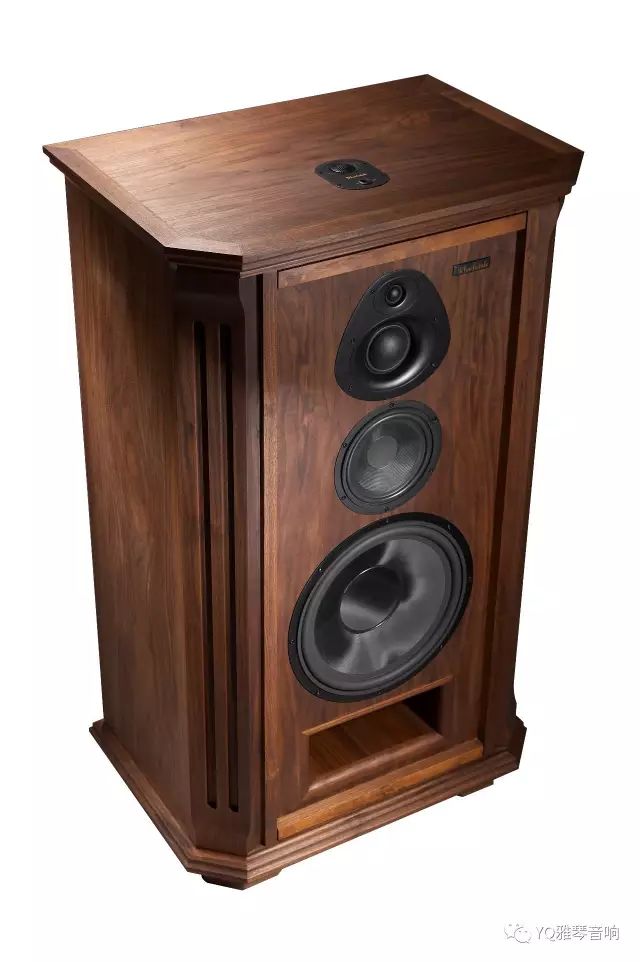 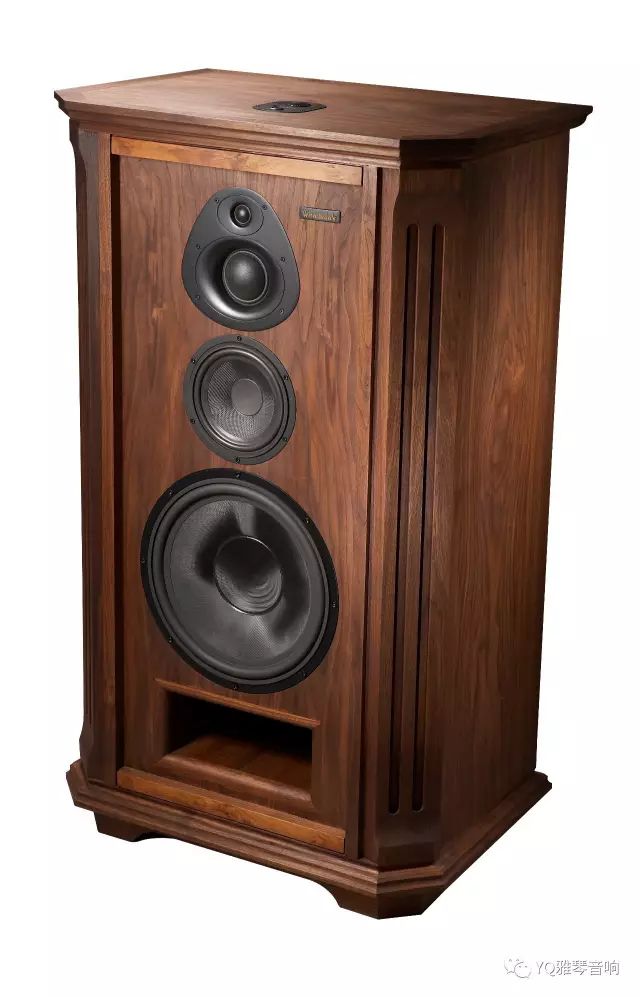 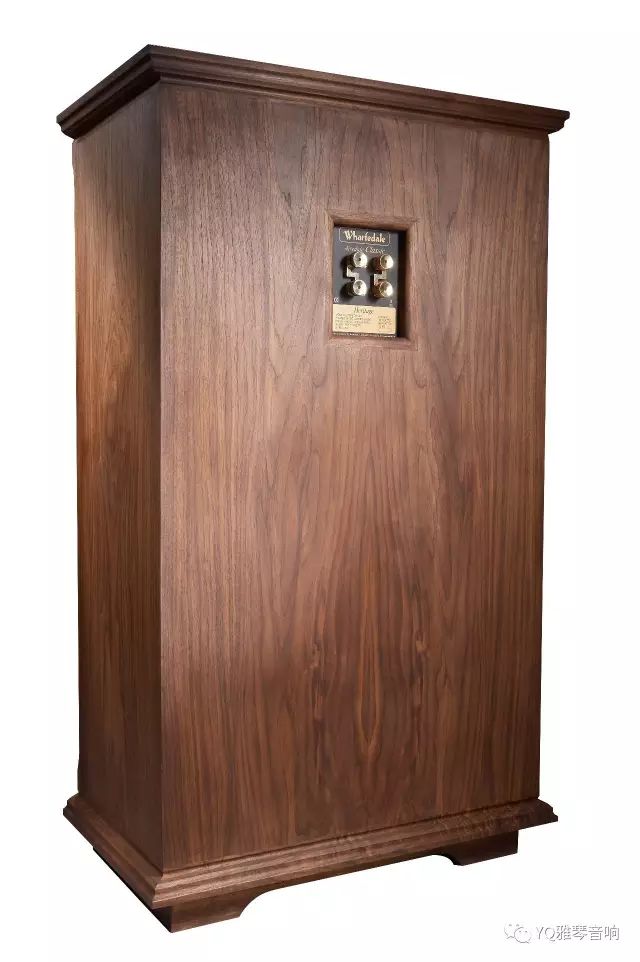 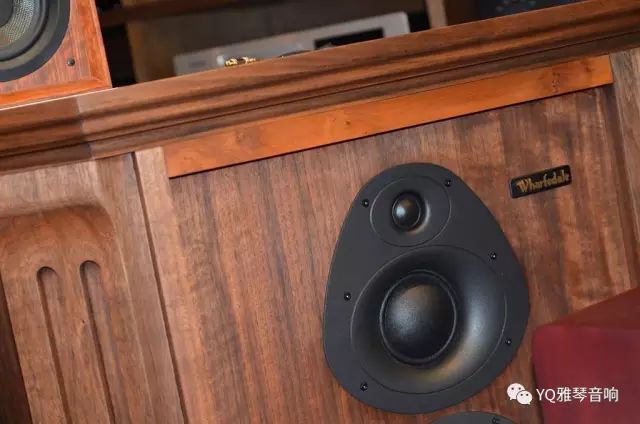 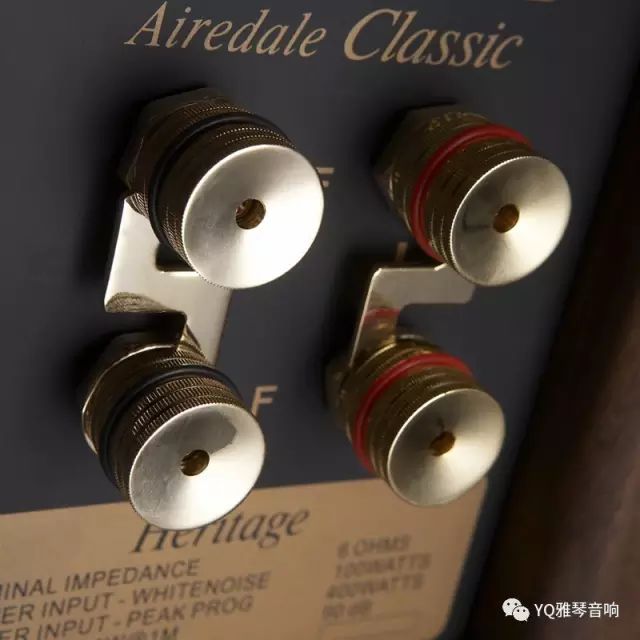 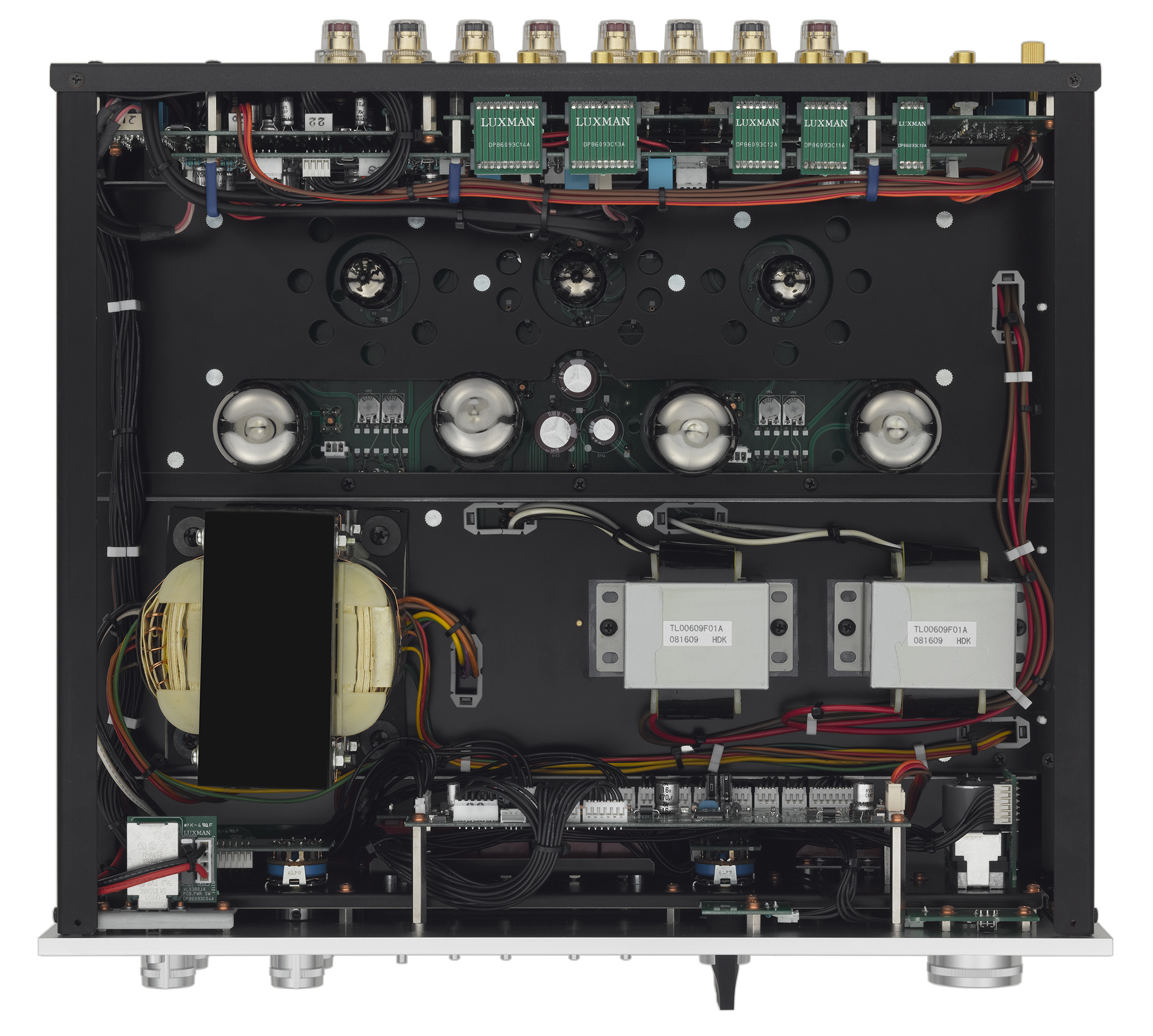