Just over three years ago I had my first taste of cost-no-object Luxman [HFN Nov ’16] in an achingly long time. The company has had its ups-and-downs, but fortunately its new owners – IAG, home to Quad, Wharfedale, Audiolab and Castle Acoustics – realise what a plum brand Luxman is, so it was expected that the flagship MQ-300 power amplifier which so charmed me would be followed by a worthy preamp. Enter the alluring CL-1000, at £16,000 a grand more than the power amp and looking every penny of its price.

To clarify what Luxman offers, the company has three main amplification ranges (as well as turntables [HFN Oct ’19] and digital source components). The three comprise the NeoClassico ‘minis’ [HFN Nov ’19], the solid-state models [HFN Jan ’18] and the vacuum tube offerings, of which this is the dearer of two preamps.

But this isn’t any ol’ high-end preamp, for it is, after a staggering 45 years, the successor to 1975’s C-1000. This should have special resonance in the UK because I believe that our own Tim de Paravicini, of EAR Yoshino fame, had a hand in the design of that much-sought-after classic. You have to put them side-by-side to tell them apart. Rotaries and toggles in similar locations, a lavish wooden sleeve – Luxman knows how to handle retro with panache.

Aside from the lack of remote control, this is absolutely a 21st century offering. Valves long ago ceased to be anachronistic or sentimental, and are now permanently a sub-genre of contemporary high-end, just as this unit also benefits from numerous advances not available in 1975 – hence its true modernity. In keeping with current practice, it accepts one balanced source, three RCA line sources and phono via an input labelled ‘Ext In’.

Why the odd tag? I grabbed the Japanese catalogue at the Tokyo show, and found inside a photo of the rear of the CL-1000 without phono stage rotaries, so I’m guessing it’s an option in some markets. What we get are adjustments for MM with three gain levels and six capacitance values and MC with three impedance/gain settings to match most cartridges. I tried two of each of varying characteristics and found gain, headroom and other parameters perfectly suitable, while the phono stage is deathly quiet, to boot.

Another nice touch are two sets of RCAs and two balanced XLRs for outputs.  Though you can only run either/or, selected from the front panel, both pairs within the chosen type operate concurrently. Hence you can feed either two amp/speaker combinations simultaneously, or you can bi-amp via a split crossover. You just cannot run one balanced and one single-ended, or all four, at the same time.

That loaded fascia may reek of the era before the minimalists took over, but every function purists deem deleterious to the sound can be defeated. The tone controls have user-selectable turnover points, there are polarity inversion switches for main output and balanced input, a ‘line straight’ bypass, a low-cut filter and – for those who have archive recordings on LP or tape – a mono/stereo selector and balance rotary.

Meanwhile, above the balance knob is a light that blinks when the unit switches on, and which glows steadily in playback state. Then there’s the ‘Articulator Function’. This is a procedure in which the device generates a special toneburst to demagnetise the transformer cores, ‘for an even higher degree of sonic purity’ according to Luxman.

Ready to listen, I was first treated to a waiting period when the row of lights next to the Articulator went through their sequence.  It degausses the system, a practice that’s not so whacky as to be unique: some years ago, Gryphon sold a system demagnetiser, Air Tight offered a cartridge demagnetiser, as does Luxman in its EQ-500 phono stage.

Unlike switchable polarity inversion, degaussing is difficult to assess here because the CL-1000 goes through the process every time you turn it on, and I cannot find any way to defeat it from activating at switch-on. It’s not impossible, though, if you do want to try to hear a difference beyond the automatic degaussing when powering on because you can manually activate the process whenever you like simply by pressing the button on the fascia.

Despite never hearing that demagnetising was an issue that needed quotidian attention, I am not prepared to suggest whether or not Luxman is making a mountain out of a molehill. It remains to be seen (or heard) and I prefer to be generous and to look upon it as a form of automatic maintenance, as the switch-on sequence is hardly an intrusion, and it relieves us of having to worry about it, like valve auto-biasing or a self-defrosting fridge.  And after all, anything that makes my life easier is welcomed with open arms.

When purse strings are relaxed, the high-end audio designer has several routes open in the quest for the ideal ‘analogue’ volume control. Beyond a high quality film potentiometer there’s always the option of a switched attenuator using a ladder network of resistors to offer precisely calibrated ‘stepwise’ control. Then there’s the transformer route, realised in its most simple form as a purely passive control offering some +6dB of voltage gain at the expense of a high and variable output impedance. Luxman may use a pair of transformers in the CL-1000 but its ‘LECUTA’ (Luxman Electronically-Controlled Ultimate Transformer Attenuator) is closer in execution to the volume control regime used in Nagra’s HD PREAMP [HFN Nov ’18]. Here a tube line buffer (employing E88CC triodes) is combined with a transformer employing 34 secondaries that are switched in combination to provide very fine adjustment in volume. A further E88CC-based line stage, with super permalloy output coupling transformers, delivers a more consistent output impedance, and though ~480ohm is still on the high side, the CL-1000’s extended frequency response remains less sensitive to volume position than is typical with transformer-based preamps. 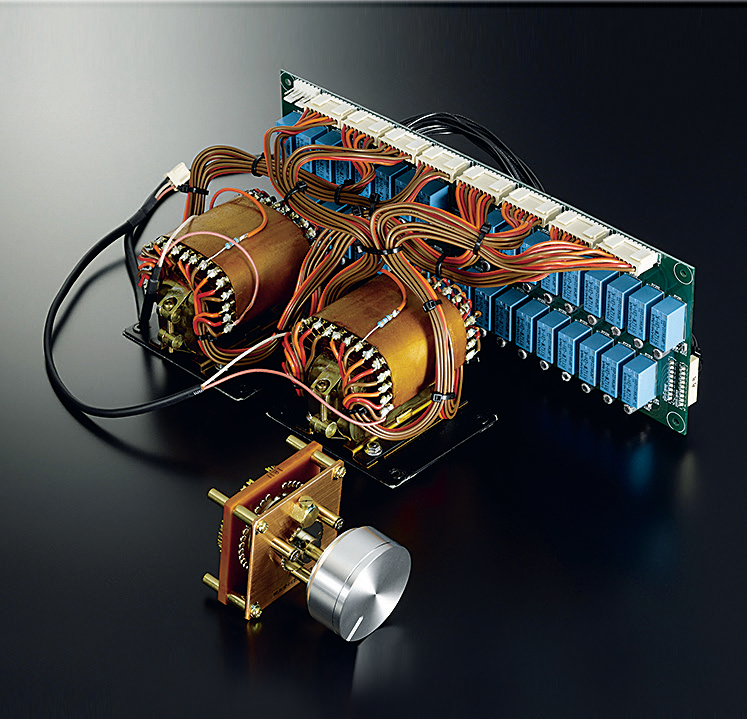 Used with Audio Research REF75SE and D’Agostino Momentum Stereo power amps, which are balanced­input-only, I also had the opportunity to try it with the Audio Research REF160S in both single-ended and balanced modes – and you already know I preferred the latter configuration. Even from cold, the CL-1000 exhibited two initial impressions that stayed with me throughout the listening sessions.

First and most notable is its utter gracefulness. There is no shortage of subtle,

refined preamps on the market, but this unit exhibits such finesse that I found myself turning to overly familiar works just to hear if it could eke out more low-level information or infinitesimal details.  With the 50th anniversary edition of The Beatles’ Abbey Road on the turntable, I decided to wallow in the masterpiece that is the medley on Side 2.

It certainly possessed a forensic quality that drew my attention to disparate musical events, but the magic was in doing so without sounding hygienic, aggressive or disciplinarian. Instead, it sounded –and there is only one word for it – ‘silky’.  Whether reproducing raucous moments – ‘Polythene Pam’ burst from the speakers with the force of a military march – or ‘Because’, the CL-1000 retained an overall behavioural mode that inferred peerless consistency – the second of its most notable virtues. It was delivering reference-grade detail, neutrality and coherence.

As an unintended benefit, especially for listeners who feel the need to dissect music, the openness and transparency were of such a revealing standard that one could, if masochistic enough, listen for edits. I resisted digging out ‘Strawberry Fields Forever’ or ‘Being For The Benefit Of Mr. Kite!’ or other tracks assembled from myriad splices, but you get the idea.

This is not, however, a caveat warning of painfully analytical behaviour. The sound remains of a seamless, mellifluous whole, such that I was continually reminded of full-range electrostatic speakers. When I turned to one of the ‘show­off’ recordings in my arsenal, the 60-year-old score to The Music Man, the spoken-word ‘Rock Island’ verbal assault that opens the post-overture proceedings was presented as what is best described as a holographic spatial event.

Why is this important, or, crucially, beneficial? Because that is one of the most irritating experiences in the history of Broadway, despite the recording being awarded ‘Best Original Cast Album’ at the first Grammy Awards ceremony in 1958. It’s just a bunch of whiny people shouting at each other in a rhythmic pattern. Hearing it once is enough. But so life-like was the reproduction through Luxman’s CL-1000 that I was drawn in, with spider/fly irresistibility. Hell, I even ‘Gary, Indiana’, which was sung by a screeching, lisping 11-year-old.

Is rendering the unlistenable ‘listenable’ a virtue? I can think of no higher compliment for a piece of hi-fi equipment. After all, it’s one of the bases of my obsession with open-reel, which even has me playing Ray Conniff, Mantovani and the like. Which led to another revelation: what the CL-1000 does with massed strings and huge orchestras is something to behold.

It was, however, an SACD that had the greatest impact. (I beg you: try it!) As dazzling as is The Thelonious Monk Quartet’s Monk’s Dream on One-Step LP, the SACD should be regarded as a milestone in this digital format. Via the CL-1000, it recreated the necessary club-like intimacy small-ensemble jazz albums demand to sound of their best.

The CL-1000’s part? It reaches into its own past, as well as that of the music itself, to deliver such vibrancy and realism that one might even suggest it is a time machine.

At the risk of alienating those of you who think hair shirts are comfortable, the Luxman CL-1000 unashamedly marries truly stellar sonic performance with the sort of perceived value – and build quality – that eludes much of the high-end. It is a delight to use, it leads to hours-long listening sessions and it is so gorgeous that you’ll want to fiddle with the controls just for the tactile rewards. Magnificent! 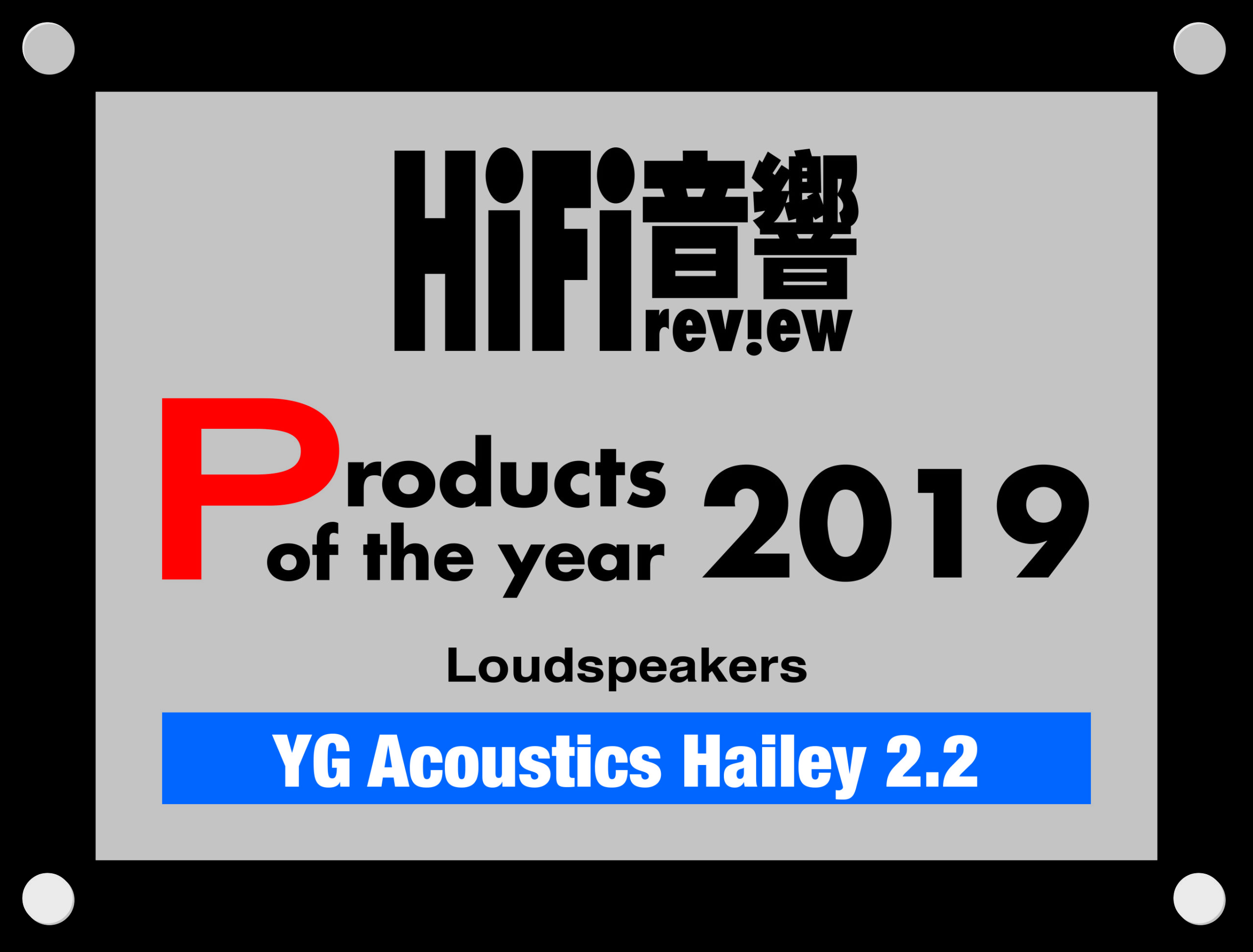 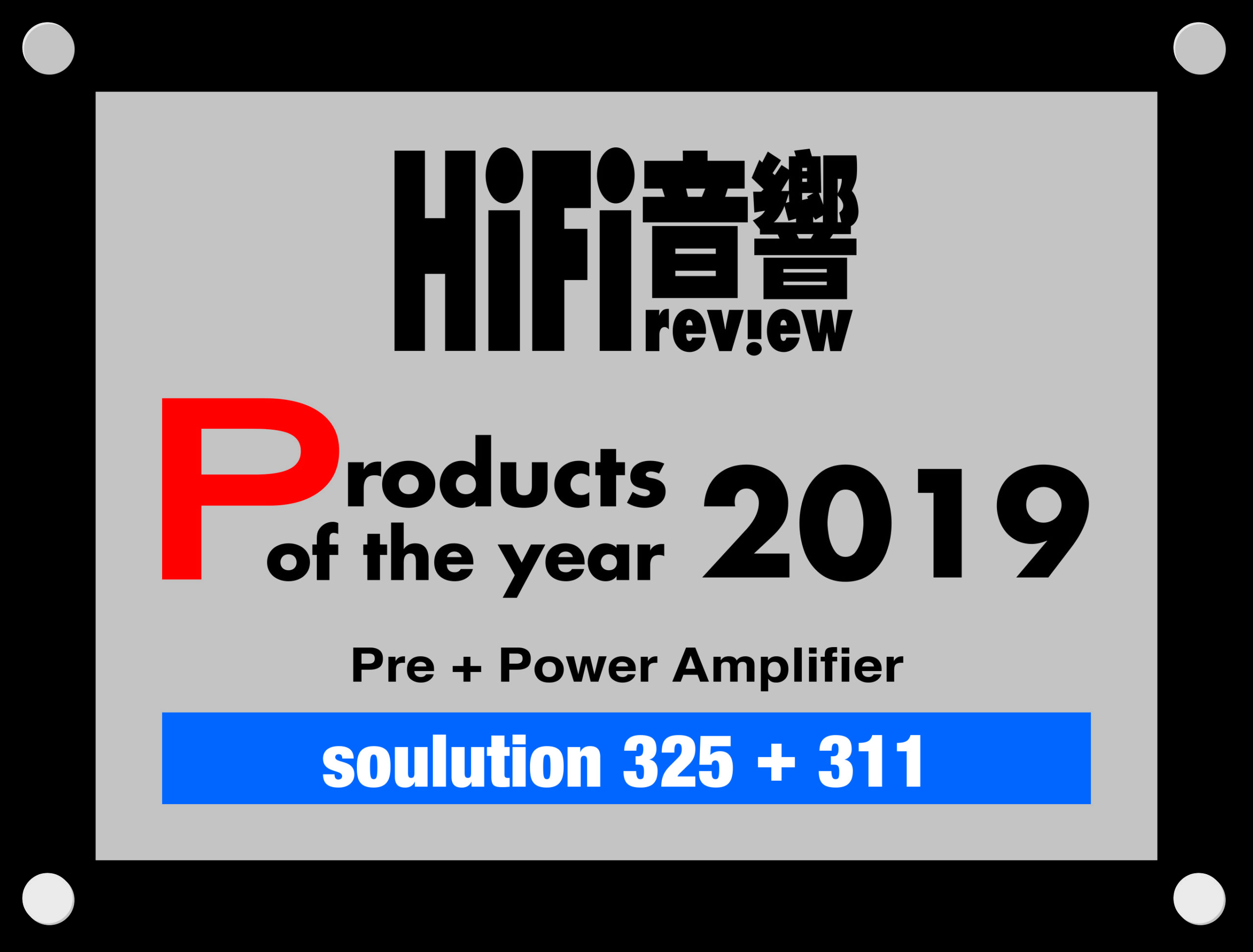 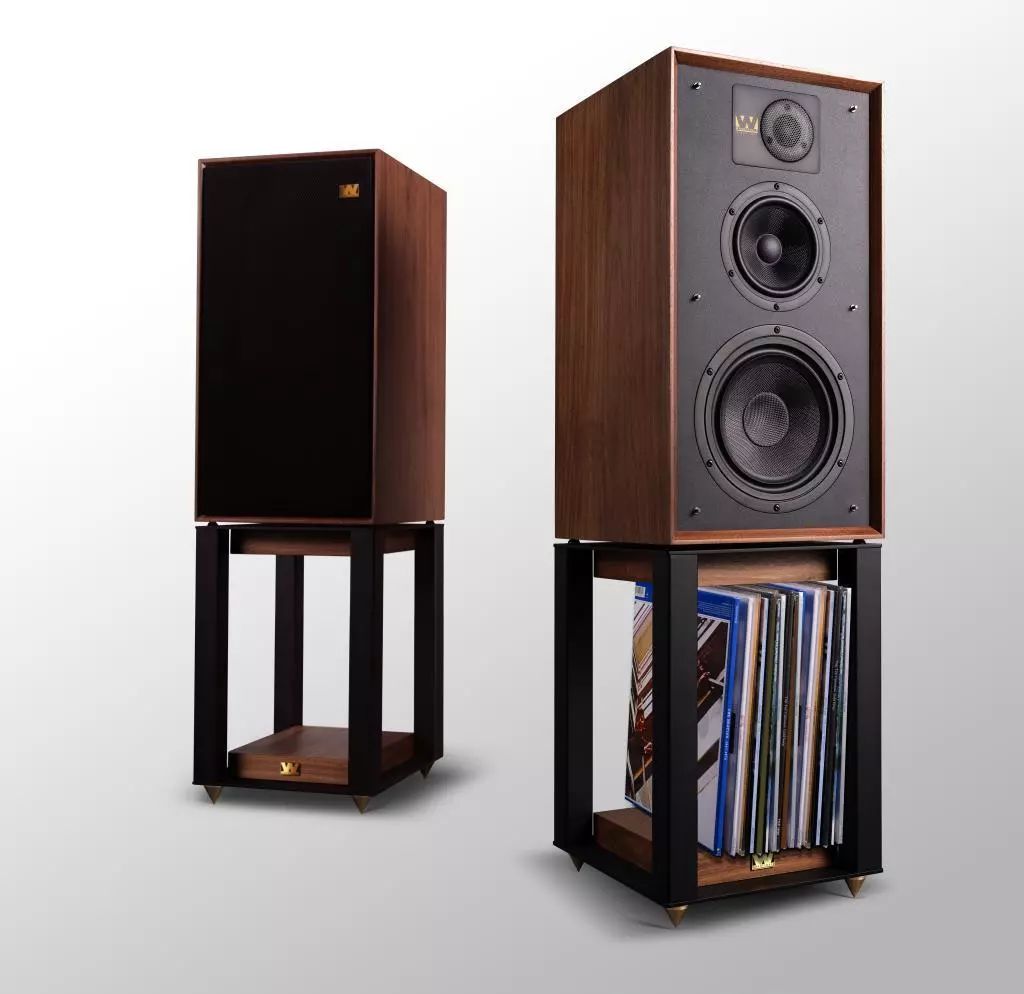 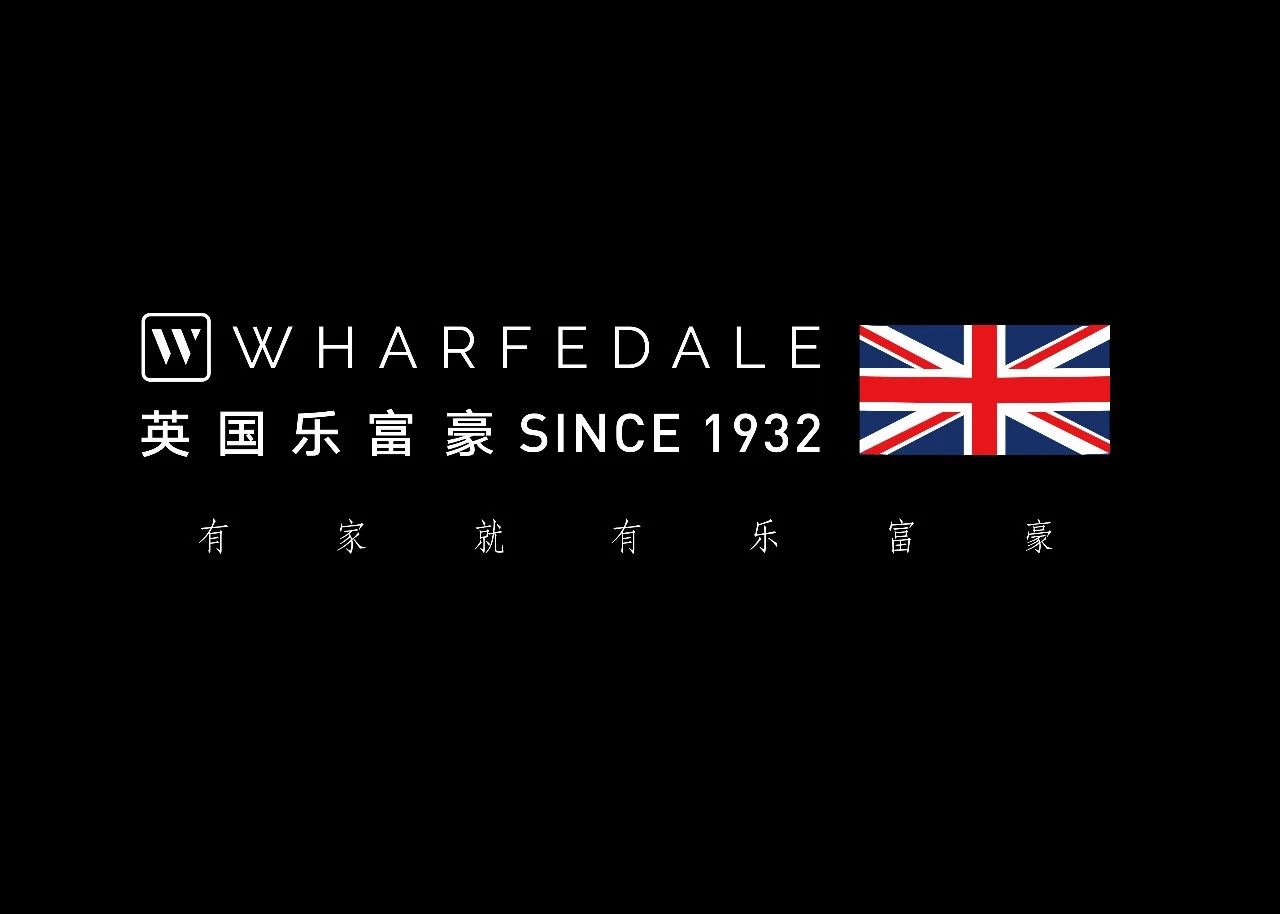 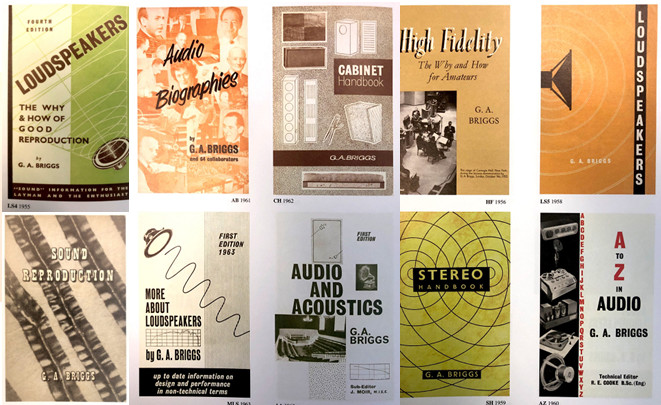 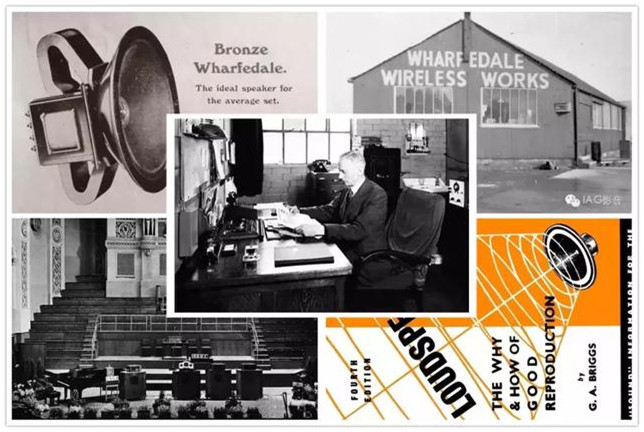 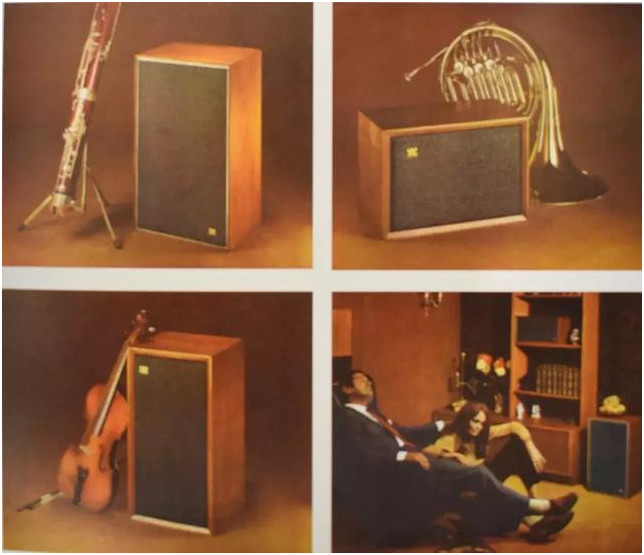 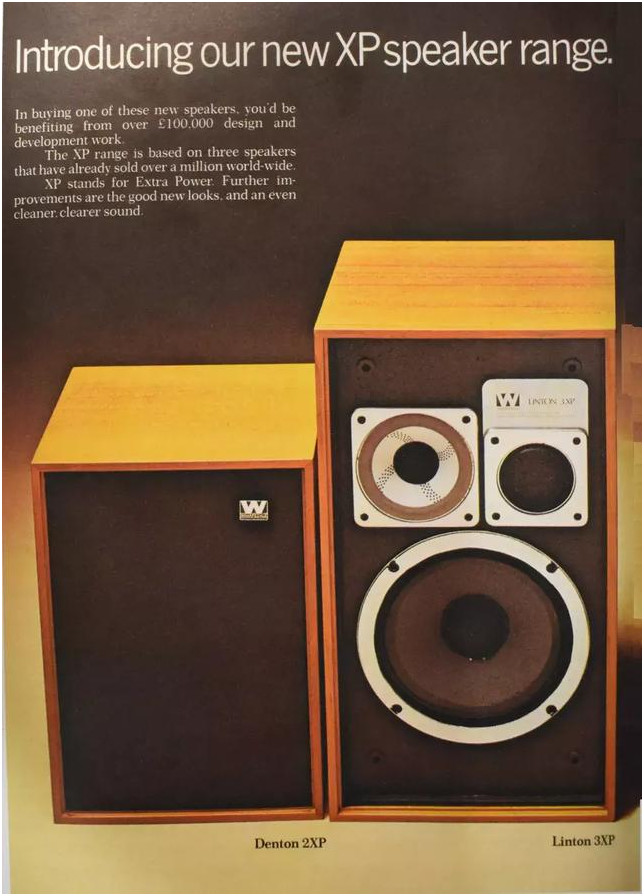 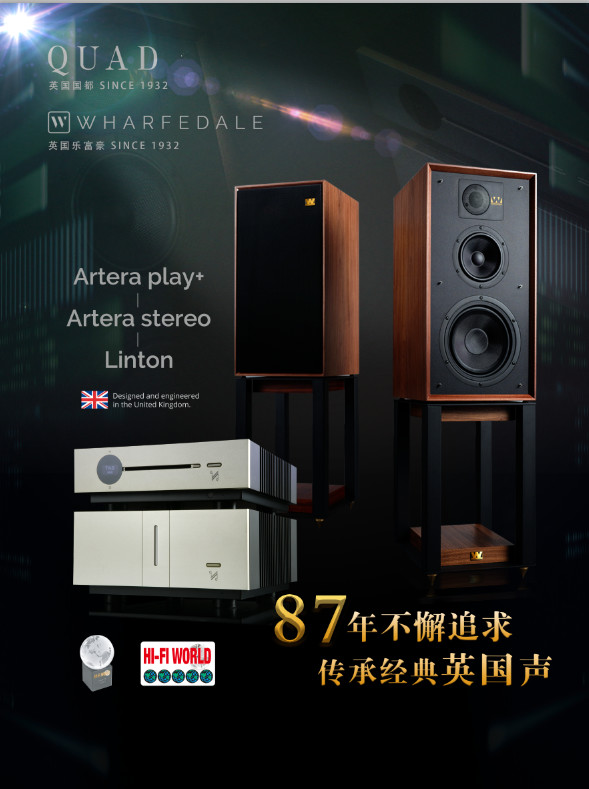 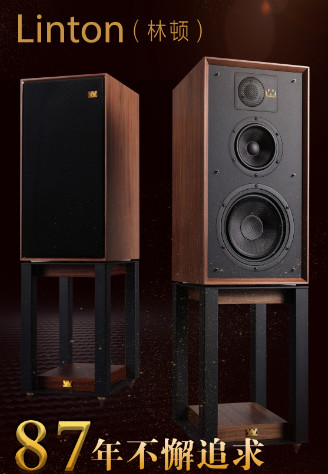