What is the Wharfedale Diamond A1?

The Diamond A1 is a relatively high-end pair of Bluetooth speakers, and the active, more attractive version of the Wharfedale Diamond 220.

If you’re after something more room-filling and high-fidelity than the army of one-box wireless speakers out there, these are a truly impressive option.

Wharfedale Diamond A1 – Design and features

Unlike the majority of Bluetooth speaker systems around, you don’t get one box, or even two boxes; three separate boxes for the Diamond A1. That’s because, in addition to the pair of stereo speakers, there’s a wireless control box that handles all the pairing and physical inputs.

But let’s start with the speakers, which are really rather classy. They might be based on the Diamond 220, but aesthetically they have far more going on, with radius corners and a choice of either gloss white or black for the front baffle. The real touch of panache, however, comes from black leatherette wrapped around the edges of the cabinet. 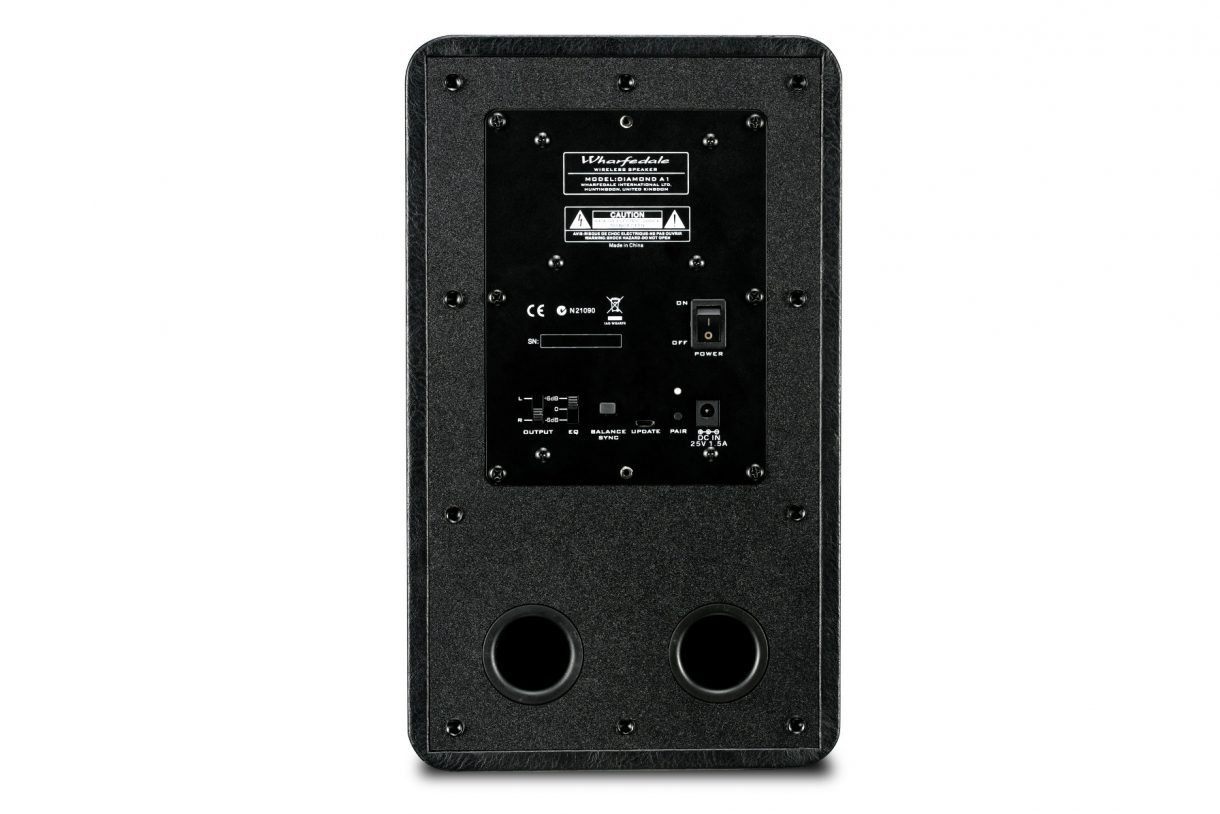 Mounted into the baffle of each is a 130mm mid-bass driver and a 25mm fabric dome tweeter, driven by 50W of internal amplification. There’s no slave and master here, with both speakers having their own power – they’re identical, and each has a switch to designate whether it’s the left or right channel.

Of course, this means that the speakers don’t need to be tied together by any kind of cable. The downside is that each requires its own power input, and Wharfedale has chosen to use external power supplies rather than integrating PSUs inside the speakers.

The choice to have a separate control hub adds yet another mains adapter and plug socket into the equation, so the wireless dream could turn into a nightmare if you can’t easily hide all those wires, transformers and plugs somewhere.
The Wharfedale H1 hub looks a little like a router. On the front is an IR receiver for the supplied remote control, while on the top is a small display and touch controls for power, volume up and down, and source selection. Around the back are coaxial and optical inputs for digital sources, and an RCA stereo phono line input. There’s also a micro-USB socket for firmware updates.
The remote control is light and plasticky, but looks far nicer than many of the cheap units usually supplied with Bluetooth speakers – when they have a remote at all. 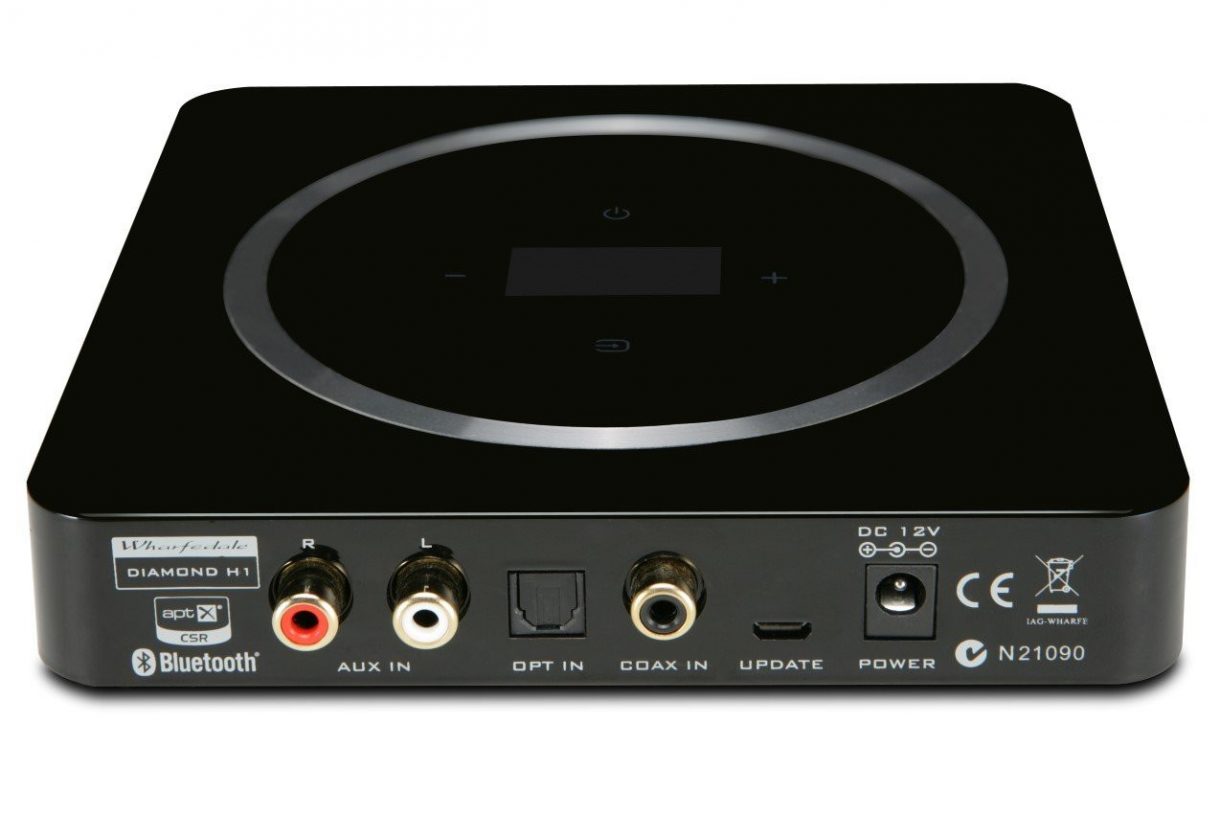 Setting up the Diamond A1 is a bit of a faff, mainly a result of that separate control hub. There’s a series of button presses required, as well as ensuring one of the speakers is set as the left channel and the other as the right.

With that done, and a Bluetooth device paired, it’s all ready to go. And it impresses immediately.

Starting with something expansive – The National’s ‘The System Only Dreams in Total Darkness’ – the Diamond A1 rose to the challenge, forming a wide soundstage and reproducing the guitar particularly well.

A run through Massive Attack’s iconic ‘Blue Lines’ album proved the Diamond A1 have a tightly controlled bass – although since their bass ports are on the back, this will be affected by how much space you give them to breathe. At the very least, I’d leave a gap of three inches behind to avoid booming and a disconnect with the mid-range.

There’s a handy trim control on the rear of each speaker, though, with the ability to boost or reduce the bottom end. I found it worked well to increase the bass when using the A1 in a larger room.

Something a little subtler, such as Iron & Wine’s ‘Beast Epic’ album, exposes the Diamond A1’s limitations. Vocals don’t quite have the realism, and the mid-range doesn’t have the separation that can be achieved by spending a little more on a dedicated hi-fi system. For the money, though, this still offers impressive performance. 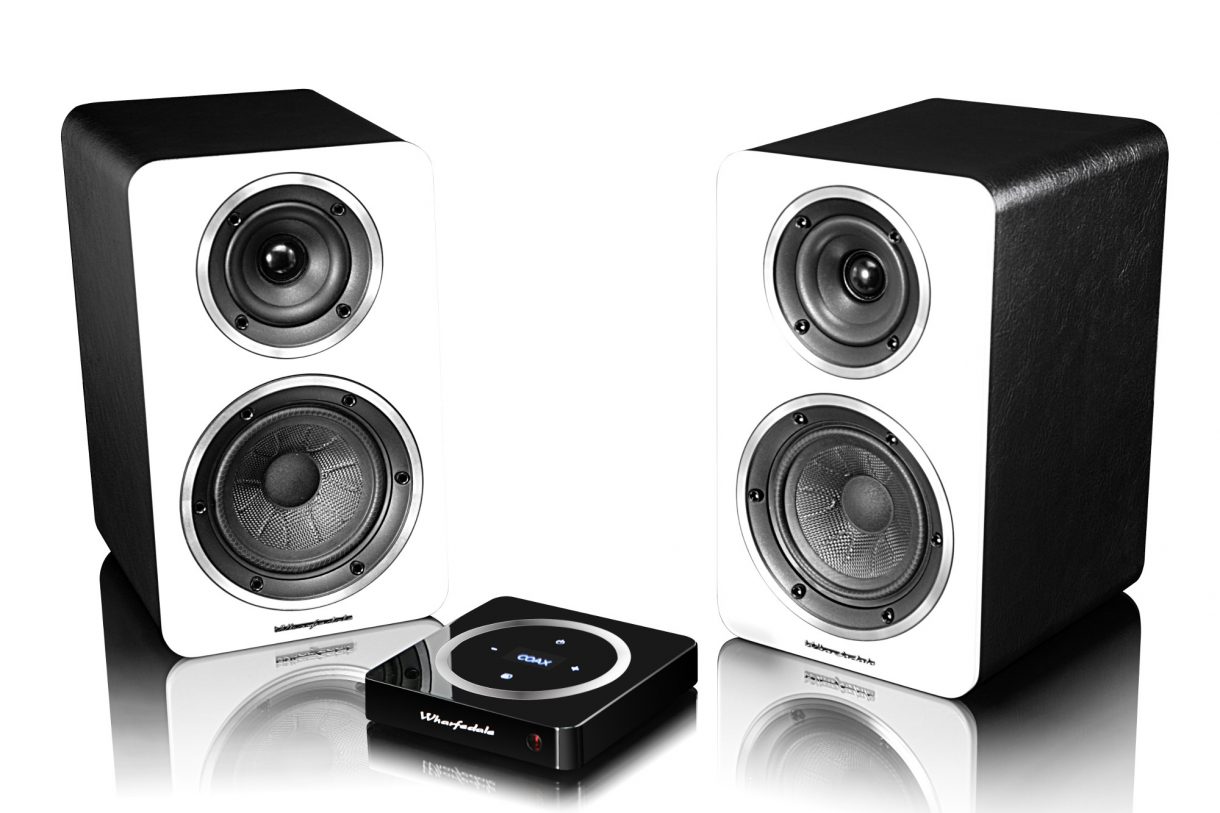 Should I buy the Wharfedale Diamond A1?

The Diamond A1 are super-impressive for the money. They offer excellent scale and power, as well as revealing a decent level of detail. For truly room-filling hi-fi sound, there’s very little that can touch them at this price. And they look far more expensive than they are.

The lack of aptX HD support – so no wireless Hi-Res Audio streaming – might concern, but the Diamond A1 don’t quite have the finesse to resolve that extra detail. Really, you’ll need to spend quite a lot more to get to that level.

Excellent-sounding Bluetooth speakers with a ton of sonic scale for the money. 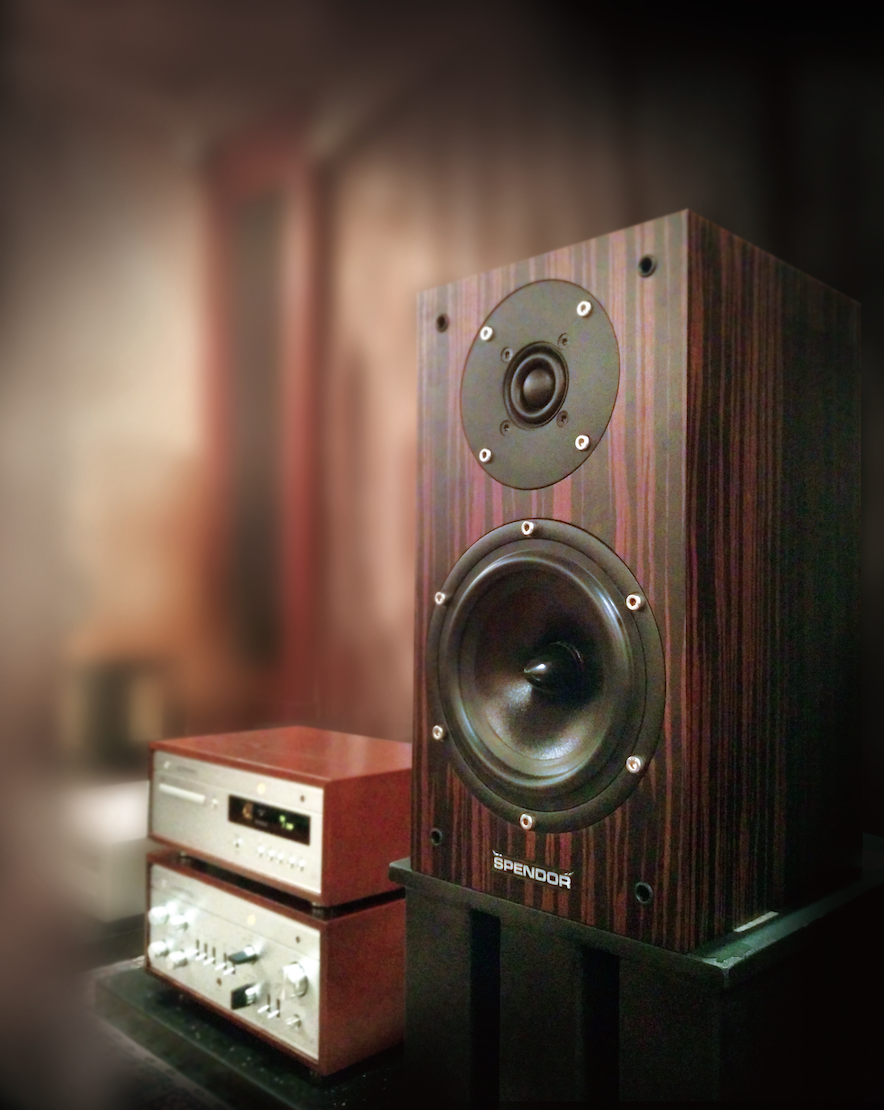 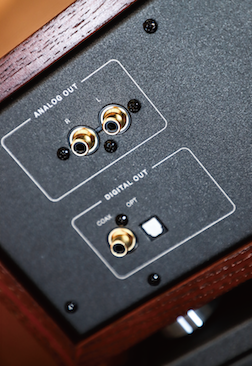 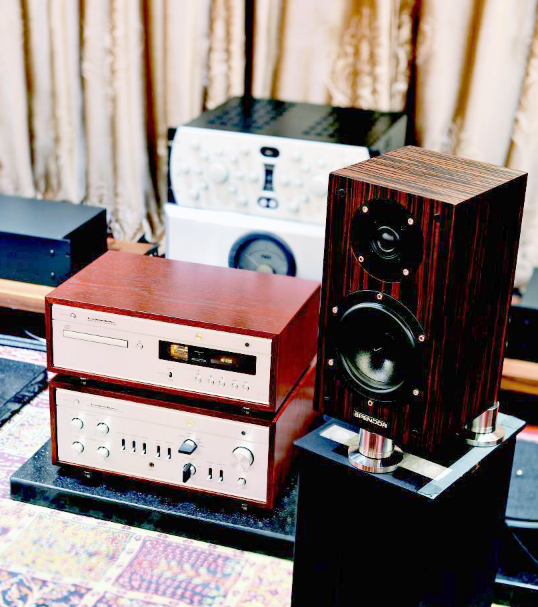 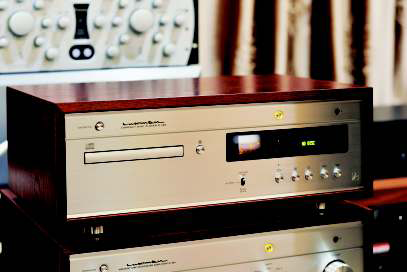 CMS Sotto Voce racks are not just vastly less expensive than the rm’s state- of-the-art efforts; they also offer comparable performance in a more tradi- tional and appealing package. The frame and shelves are made of gorgeous Sapele African hardwood (natural or optional black nish) with sturdy metal connections milled from billet aluminum. The sonic improvements are not subtle—bass tightens, transients gain more verve yet maintain better control, rhythms sharpen, and low-level noise plummets. It’s that last factor that opens the soundstage and is key to the SV’s remarkable ability to elicit dimensionality from a recording. Fully upgradeable to accommodate CMS’ upscale array of “ lters” (they replace the stock shelves but are mechanically far more com- plex). The lters provide further noise reduction, while the “purity quotient” takes a sizable jump. Available in three heights, the tallest, at 38″, is a four-tier unit that offers 10″ spacing out of the box yet is easily adjustable. 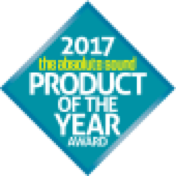 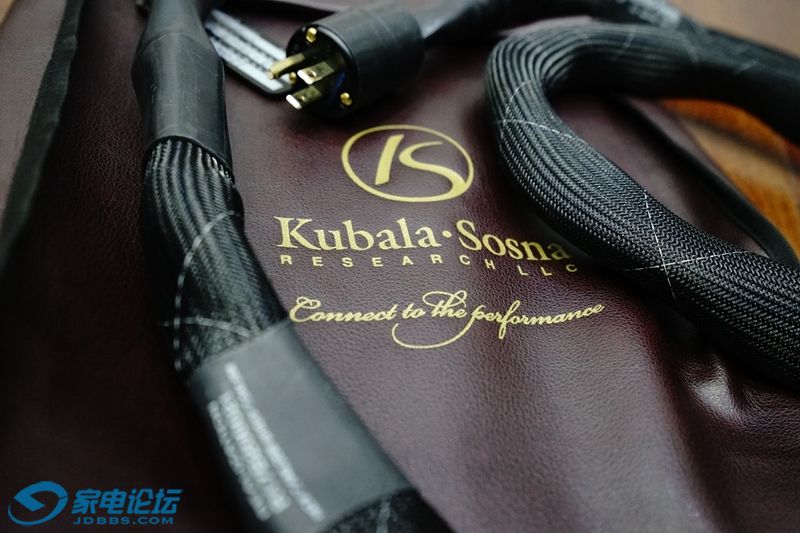 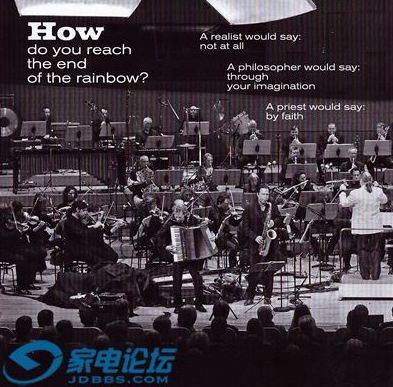 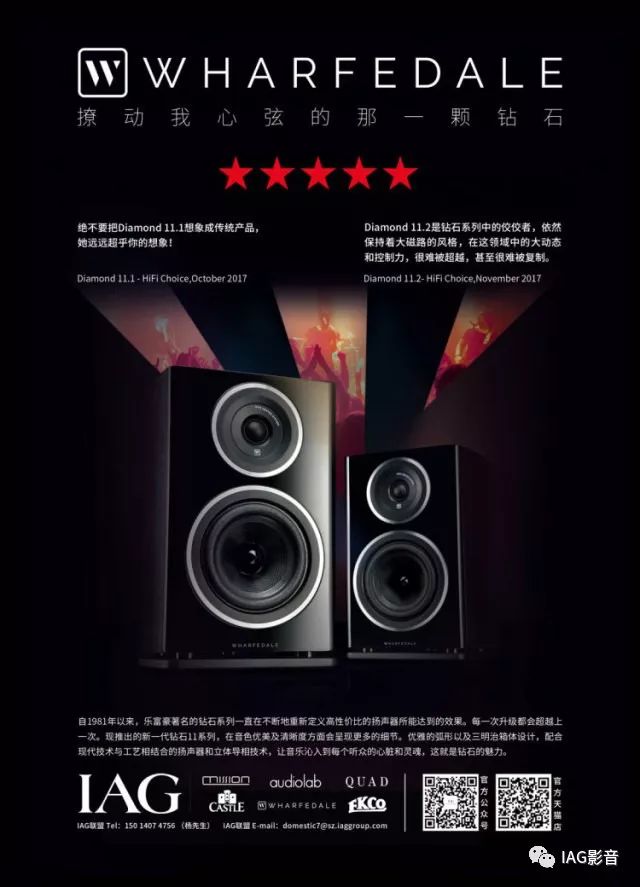 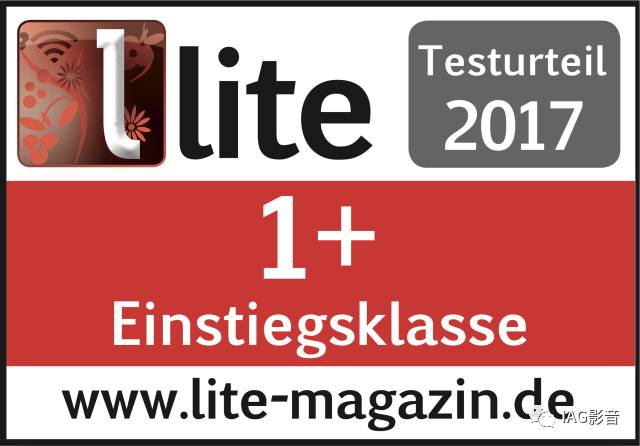 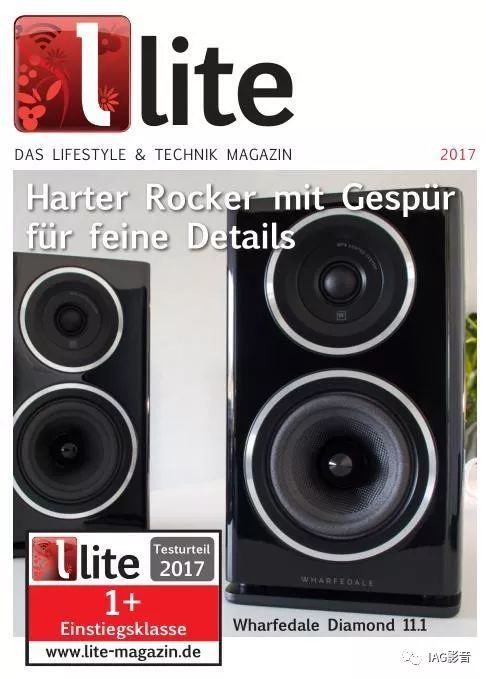 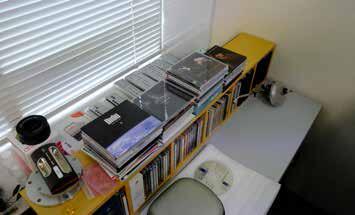